As the sport of Formula 1 is gaining speed, so is ; , the fastest way to send money globally, is teaming up with the fastest sport in the world

The new team name will officially take effect in 2023, and the new team cars with rebranded livery will be unveiled ahead of next year's season

and , /PRNewswire/ -- (NASDAQ: MGI) ("" or the "Company"), a global leader in the evolution of digital P2P payments, and Haas F1 Team, the only American team competing in the FIA Formula 1 (F1) World Championship, today announced that will become the new title sponsor of Haas F1 Team – soon to be the MoneyGram Haas F1 Team!

"We are pleased to welcome such an incredible brand like as our new title sponsor," said , Founder and Chairman of Haas F1 Team. "Since our entrance into the F1 World Championship in 2016, Haas F1 Team has earned a reputation of strength, agility and resilience. brings a similar drive to the world of financial services, and we're ready to work together to maximize results on and off the track."

The two organizations have signed a multiyear agreement for to become the lead partner of Haas F1 Team, a fan favorite in the F1 World Championship, the world's most prestigious and popular motorsports competition with a global audience of more than 500 million. The new team name will officially take effect in 2023. In addition, the new team cars with rebranded livery will be unveiled ahead of next year's season.

" is a different company than it was even five years ago. We've reinvented ourselves into a global leader in the evolution of cross-border payments with our fast-growing digital business and strong culture of fintech innovation – and we're just getting started," said , Chairman and CEO. "We will continue to disrupt ourselves to meet the ever-changing financial needs of consumers, and we're determined to make sure the world knows it. That's why we're hitting the accelerator by making our debut into the world of F1 and teaming up with Gene and Haas F1 Team."

The next chapter in the evolution of – the MoneyGram Haas F1 Team!

"Our fans demand speed, and we deliver it, just as does for its customers," said , Team Principal of Haas F1 Team. " is a global leader in fintech and payments and is always setting out to push the boundaries of technology. It's that eagerness for innovation that really drew us to partner with , and we're confident that we will continue to grow together and reach our full potential."

As the sport of Formula 1 is gaining speed, so is . Interest in F1 has skyrocketed in recent years, evidenced by the competition's social media channels experiencing significant growth and even outpacing the NBA and NFL in new followers. Through this partnership, will receive constant global visibility, as the F1 World Championship runs nearly year-round and results in extensive television coverage almost every week.

"With this bold new initiative, we are meeting our customers as well as potential new customers where they are," said , Chief Marketing Officer. "Next year's racing calendar has a uniquely strong overlap with key markets, so we are excited to unlock new channels to hear from our customers and understand their specific needs. As we look to capture growth from new customer segments, we're also looking forward to the endless opportunities this sponsorship will bring for additional exposure to a broader consumer base."

A global company with customers in nearly every country around the world, is eager to team up with a prominent organization competing in one of the few truly global sports. The F1 2023 season will take place across 24 races held in 21 countries on five continents around the world. The countries on next year's circuit account for nearly 80% of the Company's transaction value.

concluded: "We can't wait to officially kick off our long-term title sponsorship with Haas F1 Team and start collaborating to create exciting and meaningful customer experiences at the intersection of Fintech and Formula 1. Now let's get racing!"

and Haas F1 Team at the United States Grand Prix 2022

and Haas F1 Team are announcing the title sponsorship at the 10th anniversary of the United States Grand Prix at the Circuit of the (COTA) in . The press conference will be held today at .

(NASDAQ: MGI), a global leader in the evolution of digital P2P payments, delivers innovative financial solutions to connect the world's communities. With a purpose-driven strategy to mobilize the movement of money, a strong culture of fintech innovation, and leading customer-centric capabilities, has grown to serve over 150 million people in the last five years. The Company leverages its modern, mobile, and API-driven platform and collaborates with the world's top brands to serve consumers through its direct-to-consumer digital channel, global retail network, and embedded finance business for enterprise customers. is also a leader in pioneering cross-border payment innovation and blockchain-enabled settlement. For more information, please visit ir.moneygram.com, follow @MoneyGram on social media, and explore the website and mobile app through moneygram.com.

Haas F1 Team debuted in the FIA Formula 1 World Championship in 2016, becoming the first American Formula 1 team since 1986. Founded by industrialist , Haas F1 Team is based in on the same , campus as his championship-winning team, . Haas is the founder of Haas Automation, the largest CNC machine tool builder in , and he is chairman of Haas F1 Team. 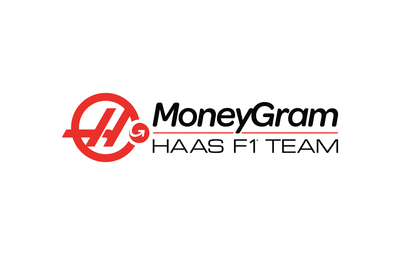