"In 2017 we continued to make progress on our journey toward becoming a digitally-enabled customer-centric organization while further increasing investments in compliance enhancements to protect our customers," said , chairman and chief executive officer. "Despite softness in top-line growth, our focus on efficiencies and profitability enabled us to achieve year-over-year adjusted EBITDA growth."

continued, "During the year, we increased our digital assets through moneygram.com, launched MobilePass, and strengthened our direct-to-account strategy. We entered 2018 with strong momentum and already launched moneygram.com in and and enhanced our digital money transfer offering through a pilot with Ripple and a partnership with GCash. We are proud of these accomplishments and are confident that by continuing to execute on initiatives to accelerate our digital transformation, optimize our physical network, focus on margin and become the leader in compliance, we will be well positioned for future value creation."

The company will provide financial guidance and operational information during its first quarter 2018 earnings call.

This communication contains forward-looking statements which are protected as forward-looking statements under the Private Securities Litigation Reform Act of 1995 that are not limited to historical facts, but reflect current beliefs, expectations or intentions regarding future events. Words such as "may," "will," "could," "should," "expect," "plan," "project," "intend," "anticipate," "believe," "estimate," "predict," "potential," "pursuant," "target," "continue," and similar expressions are intended to identify such forward-looking statements. The statements in this communication that are not historical statements are forward-looking statements within the meaning of the federal securities laws, including, among other things, statements regarding the expected timetable for completing the proposed transaction. These statements are subject to numerous risks and uncertainties, many of which are beyond control, which could cause actual results to differ materially from the results expressed or implied by the statements. These risks and uncertainties include, but are not limited to: our ability to compete effectively; our ability to maintain key agent or biller relationships, or a reduction in business or transaction volume from these relationships, including our largest agent, Walmart, whether through the introduction by Walmart of a competing "white label" branded money transfer product or otherwise; our ability to manage fraud risks from consumers or agents; the ability of us and our agents to comply with and international laws and regulations; litigation or investigations involving us or our agents; uncertainties relating to compliance with and the impact of the DPA entered into with the federal government and the effect of the DPA on our reputation and business; regulations addressing consumer privacy, data use and security; our ability to successfully develop and timely introduce new and enhanced products and services and our investments in new products, services or infrastructure changes; our ability to manage risks associated with our international sales and operations; our offering of money transfer services through agents in regions that are politically volatile; changes in tax laws or an unfavorable outcome with respect to the audit of our tax returns or tax positions, or a failure by us to establish adequate reserves for tax events; our substantial debt service obligations, significant debt covenant requirements and credit ratings; major bank failure or sustained financial market illiquidity, or illiquidity at our clearing, cash management and custodial financial institutions; the ability of us and our agents to maintain adequate banking relationships; a security or privacy breach in systems, networks or databases on which rely; disruptions to our computer network systems and data centers; weakness in economic conditions, in both the and global markets; a significant change, material slow down or complete disruption of international migration patterns; the financial health of certain European countries or the secession of a country from the ; our ability to manage credit risks from our agents and official check financial institution customers; our ability to adequately protect our brand and intellectual property rights and to avoid infringing on the rights of others; our ability to attract and retain key employees; our ability to manage risks related to the operation of retail locations and the acquisition or start-up of businesses; any restructuring actions and cost reduction initiatives that we undertake may not deliver the expected results and these actions may adversely affect our business; our ability to maintain effective internal controls; our capital structure and the special voting rights provided to designees of on our Board of Directors; and uncertainties described in the "Risk Factors" and "Management's Discussion and Analysis of Financial Condition and Results of Operations" sections of public reports filed with the , including annual report on Form 10-K for the year ended .

Additional information concerning factors that could cause actual results to differ materially from those in the forward-looking statements is contained from time to time in filings. filings may be obtained by contacting or the or through web site at corporate.moneygram.com or through the Electronic Data Gathering and Analysis Retrieval System (EDGAR) at http://www.sec.gov. undertakes no obligation to publicly update or revise any forward-looking statement.

In addition to results presented in accordance with GAAP, this news release and related tables include certain non-GAAP financial measures, including a presentation of EBITDA (earnings before interest, taxes, depreciation and amortization, including agent signing bonus amortization), Adjusted EBITDA (EBITDA adjusted for certain significant items), Adjusted EBITDA margin, Adjusted Free Cash Flow (Adjusted EBITDA less cash interest, cash taxes and cash payments for capital expenditures and agent signing bonuses), constant currency measures (which assume that amounts denominated in foreign currencies are translated to the dollar at rates consistent with those in the prior year), adjusted diluted earnings per share and adjusted net income. In addition, we present adjusted operating income and adjusted operating margin for our two reporting segments. The following tables include a full reconciliation of non-GAAP financial measures to the related GAAP financial measures.

MoneyGram is a global provider of innovative money transfer services and is recognized worldwide as a financial connection to friends and family. Whether online, or through a mobile device, at a kiosk or in a local store, we connect consumers any way that is convenient for them. We also provide bill payment services, issue money orders and process official checks in select markets. More information about MoneyGram International, Inc. is available at moneygram.com. 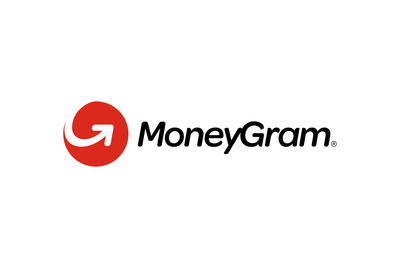